This season, the one to dominate both of the race segments were Kenyans with Eric Koech, who won the men’s race, and Caroline Kepchirchir who took the women’s one. 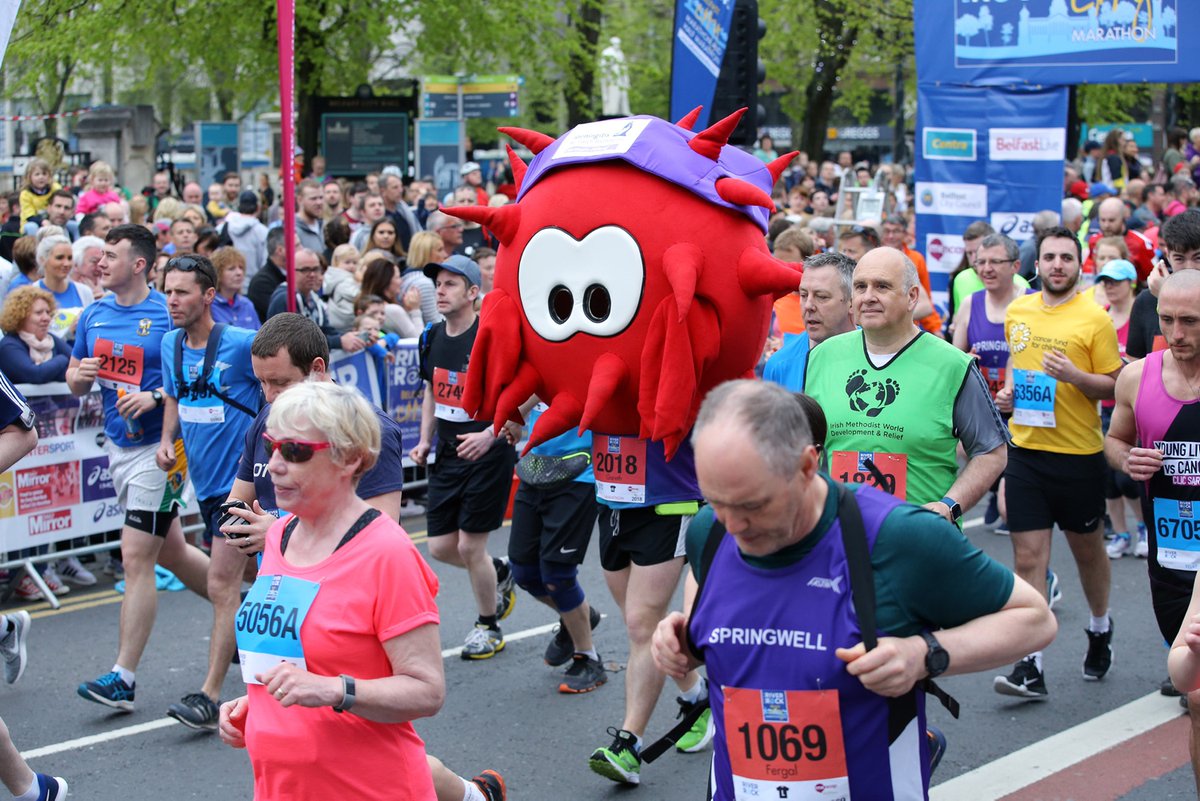 This year, there were more than 300 members of Co Tyrone GAA clubs: Clonoe O’Rahilly and Pomeroy Plunketts, who had decided to become part of the major, challenging event.

Everyone can recall the tragedy the Plunketts suffered last year when two of their players lost their lives.  Christopher Colhoun, who passed away after being diagnosed with severe flu, and Colin McCreesh.

Colhoun’s wife Lisa was running the other day in memory of her husband and all the raised money are expected to go at St Patrick’s Primary School where her husband had been working for many years.

On the other hand, Castlecaulfield runner Spiderman (Chris Morrow), decided to team up with four other superheroes in memory of his little cousin Jayden Morrow who passed away in August 2017 from cancer.

“We are raising money for Angel Wishes. They supported Jayden for a year and did everything for him. The target was £2,000 but I have raised £2,000 myself. I ran the marathon two years ago for him as well but this year is the hardest as he is no longer with us,” Chris Morrow said.

“His mum and dad will be at the finishing line in Ormeau Park with his brother and we have had a banner made for them to hold. It will be an emotional finish,” Morrow added.