Boston, May 2018: A Massachusetts college student has just set a new record in the running world and we bet it has never been in your bucket list before.

The Boston-based student has decided to run one of the fastest miles by setting a record while juggling, aka “Joggling”.

The man whose name is Zach Prescott, a business student on Boston University, was able to run for 4 minutes, 43.2 seconds on Tuesday this week while juggling not two, but three lacrosse balls! 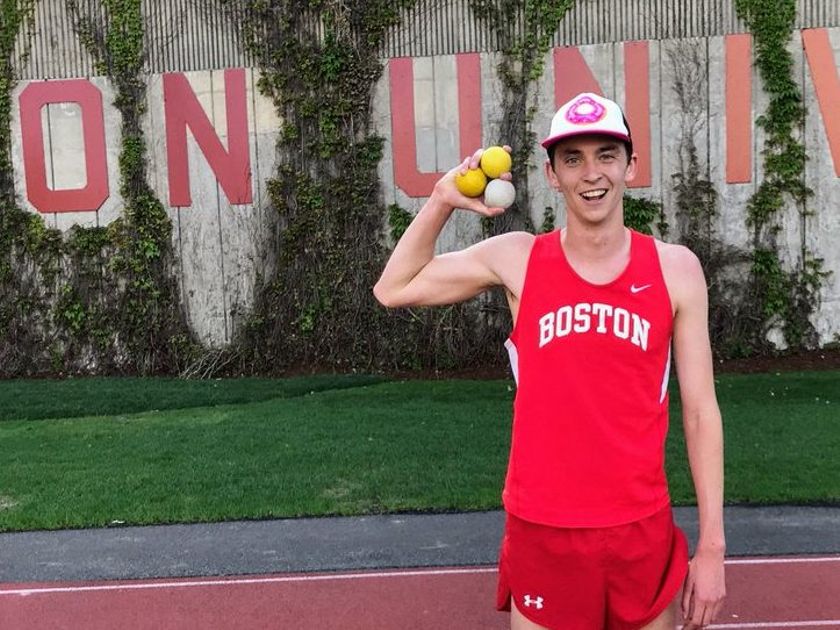 In an interview minutes after the achieving the milestone, Prescott told The Boston Globe that it is all about rhythms and focus. “Once you get used to the speed I’m running, you’re pretty much just juggling in place,” he told the journalist.

Even though the record still needs to be verified, the Boston-based student’s time would beat the old world record by 0.6 seconds.

Currently speaking, there is a Guinness World Records spokeswoman who is evaluating the case.

He said that the organization is fully aware of Prescott’s feat and that they are currently deciding whether he beat the old record which was set in 1986 or not.

This process can take weeks if not months before the organization can reach to a conclusion.