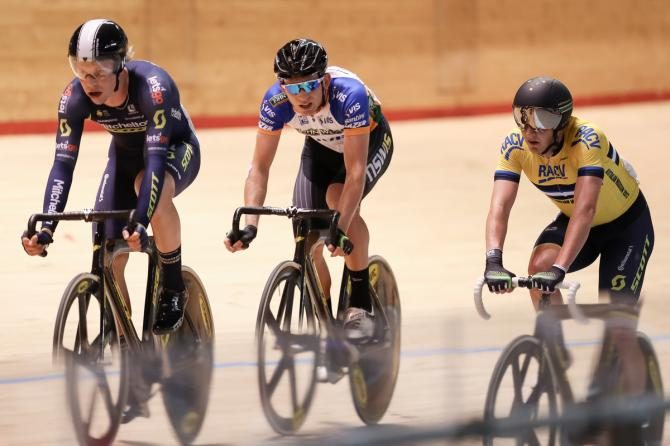 Cameron Scott gave an impressive performance in the Under-23 men’s criterium surpassing Dylan Sunderland who took silver. Scott’s ideal debut for his new Continental Squad Australian Cycling Academy was definitely a hard punch for his teammate, Sam Welsford who was only able to take bronze.

Scott, 20, has been working really hard to follow the footsteps of Alex Porter and Caleb Ewan as he’s continuing the trend of emerging talented, new track riders.

“I saw we had a pretty good gap over the bunch and I was taking hard turns up the straight and recovering on the downhill,” Scott said.

“I was always watching for Dylan Sunderland, I know he’s a dangerous rider, and I was waiting for him to make a dangerous move. We have a couple of strong riders for the finish with Toby Orchard and Sam Welsford as well and a few other guys who are climbers and can mix it up a bit in the breakaways. We’re initially looking for a sprint finish but I found myself off the front with a few guys and had a teammate with me so we rode with that and changed our plan a little. We just had to be smart about it.”