Saying that the thanksgiving feast is loaded in unhealthy foods is unfair. We’re pretty sure your loved ones has thought about satisfying both, your body needs and cravings when preparing the big, thanksgiving meal for you to enjoy.

However, no one can deny the table will most certainly contain lots of not-so-healthy dishes as well that can completely ruin your fitness and diet plan. All the hard work you have been putting may go to waste if you don’t be extra careful when choosing which food to add to your plate.

And don’t get us wrong, no one is telling you to avoid eating the thanksgiving turkey or a piece of desert at the end. We’re just giving you a few suggestions on foods you can totally avoid eating on thanksgiving while, let’s say, satisfying your cravings as well.

Did you know that according to Calorie Control Council, the normal American consumes around 4,500 calories only on Thanksgiving’s day? 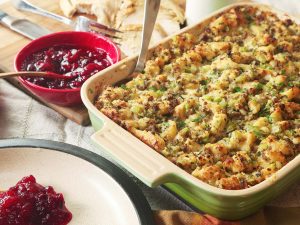 Everyone loves stuffing, who can argue on that? However, since stuffing is usually made with sausage, butter and bacon, only a normal-sized cup of it contains around 500 calories. Since it can be extra delicious, many people usually prefer getting at least two cups, getting around 1000 calories in total for the stuffing alone.

If you’re cooking, try to reduce the meat and butter you put into the stuffing. We know it might never taste the same be we’re sure it will taste good and won’t make you regret eating it afterwards.

Did you know that only a small slice of cornbread contains around 200 calories? Especially since it usually contains buttermilk, bacon and butter. You don’t want to get that much calories with only a slice of bread right? Well, in that case, avoiding this food completely is what we recommend doing. 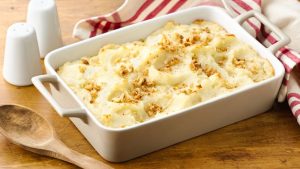 When eaten alone, potatoes can be really healthy. They are packed with vitamin C, potassium and other elements that contribute to a better, stronger physique. However, when cooked for thanksgiving, the mashed potatoes dish usually contains cream, butter, and milk. If you decide to choose this as your side dish, then you should probably know that you’re getting at least 400 calories from those mashed potatoes alone….

Reduce the size you put into your plate in half or skip this dish completely. In case you’re doing the cooking, try to replace the heavy cream with a mix of Greek yogurt and milk. 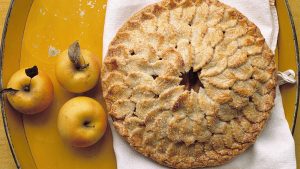 This favorite desert is what people wait for at the end of every thanksgiving feast. However, did you know that only one slice of it contains around 400 calories? Yeah…sadly it does… and if you add whipped cream on top of it, it ends up being 200 calories heavier. If you’re doing the cooking, try to reduce the amount of sugar you add to 2/3. Also, skip the whipped cream completely.