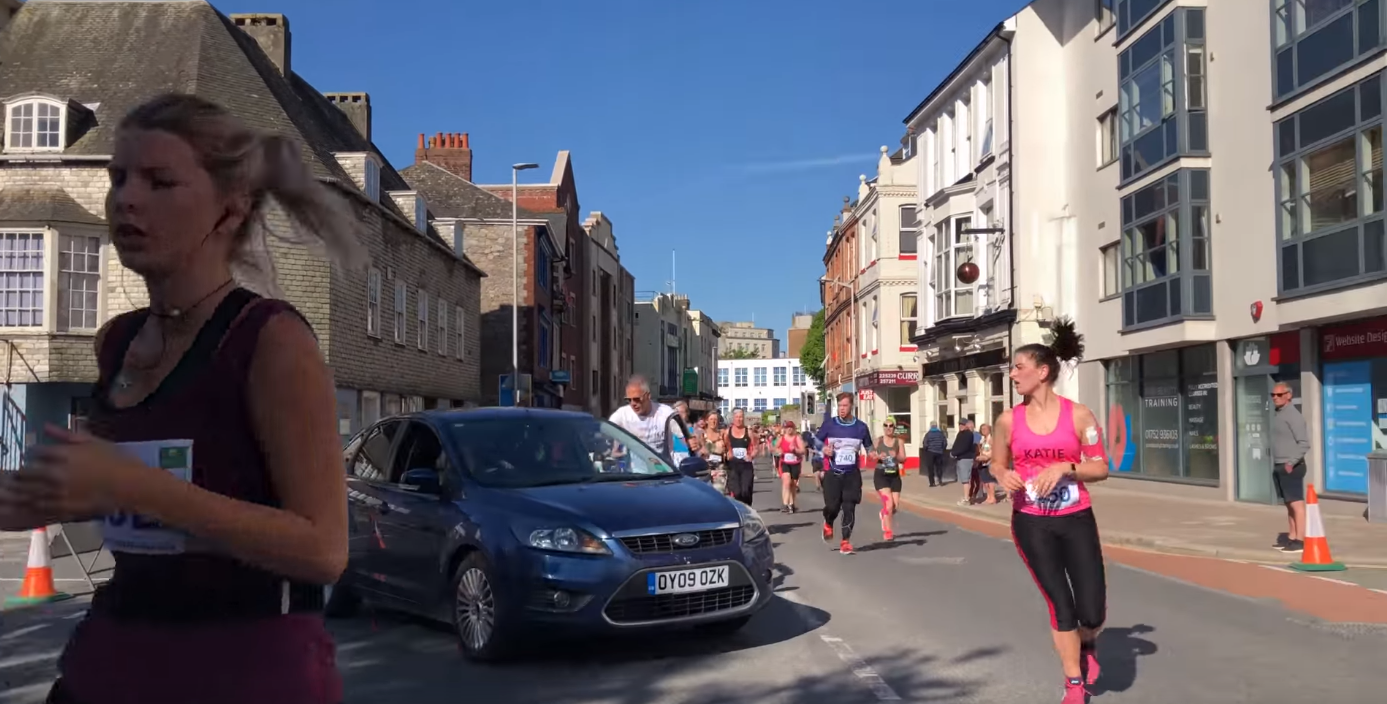 Britain’s Ocean City Half Marathon didn’t go as smooth as its participants wanted it to; instead, competitors and fans witnessed an unusual development while in the middle of the race.

Apparently, a woman, who claimed to be uninformed about the major event which was taking place in the area, decided to drive through the competitors and leave them speechless and shocked at the same time while trying to find a way to continue running.

Fortunately, the driver was caught on camera for the police to further investigate her case.

On the video footage, we can clearly see several runners who appear to be furious about the woman’s irresponsible action and one spectator who tries to stop her from entering the main road which was fully booked for the half marathon participants.

The woman is even heard saying that she is “going very slowly” as if her action was okay to be done as long as she didn’t speed up and risk the participants’ lives.

It was only when the Plymouth City council officials saw what was happening when they immediately stopped the car and explained the woman that what she was doing was extremely dangerous and disrespectful to everyone there.

Many of the participants took the bizarre event to Twitter saying that “she should have her license taken away, she’s not fit to be driving,” claiming that they were “shocked she thought she could justify her stupidity.”

However, despite the event, runners were able to complete the half marathon successfully with Ben Neale being the race winner crossing the line in only 1.13.12.